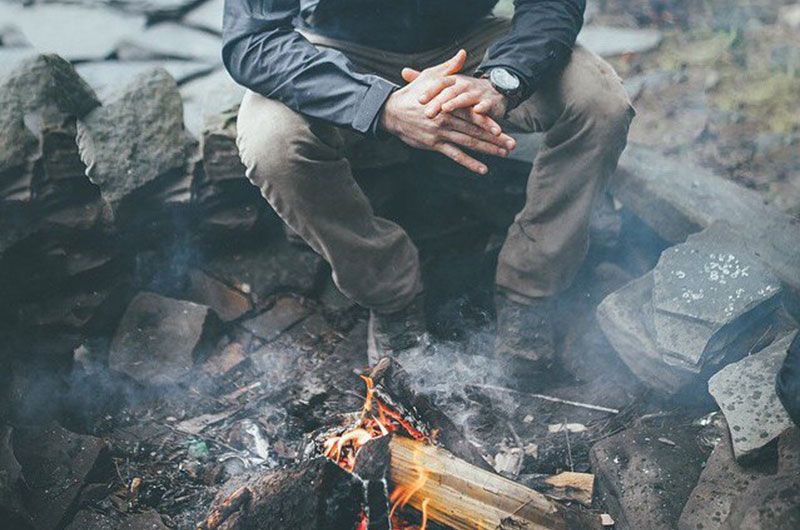 A pastor friend of mine posted a question on his Facebook wall for the sake of sparking conversation. His question was “What is the reason for our existence?” Many people replied with their thoughts. I saw a lot of comments that voiced the idea that we were made to worship God, and several referring to the work of spreading the gospel. Most of the responses centered around these two themes. While these are good answers and things that, as believers, should be part of our lives, I think they are somewhat incomplete. This brought on a thought process that took a couple days to develop into what you’re about to read.

When I read that question, I read it with the understanding that the word “our” was referring to us -me and you. After I thought about it for a minute, another question arose,  which was “what is the reason for humanity’s existence?” Then the lightbulb went off and the questions really started popping in my head.

“What if my purpose is the exact same as Adam’s purpose?”                     “If I have the same  purpose as the initial intent of humanity’s purpose as a whole, could my purpose possibly even be centered around Jesus?” “Was the reason God created humanity limited to serving and worshipping Him?”

Let’s take this back to Genesis for a minute and talk about Adam and Eve. Why were they afraid when they saw that they were naked? Embarrassed or ashamed maybe, but afraid? What was it that had them so disturbed that they hid from God when He came for His usual visit? They certainly knew that God had made them in their nakedness, and they weren’t hiding from each other, right? Yet Adam didn’t say “I saw that I had sinned and I was afraid” but it was his lack of covering that had him afraid and hiding. Something else aside from the sin had to have happened to them to cause them to be afraid.

I’m going to share something with you that is likely something you’ve never heard before, and although it isn’t detailed in scripture, it fits into the narrative of the story of creation- that is, if you give God any room to operate outside of the confines of scripture. If you’re one of those that want to limit God’s ability to operate, using scripture as a box, well, you’ll likely hate this and call me names. It makes so much sense to me, though, and I hope it clicks for you as well.

The thought is that Adam and Eve were initially created in glorified bodies. As much as I wish that this was my own revelation, I’ve got to give credit where credit is due. I first heard this “glorified body” idea from my pastor, Steve Gray. This thought explains why they were able to physically be with God, to visit with Him and  walk with Him in the cool of the day. If I take my pastor’s idea and build on it,  I can easily believe that the garden of Eden was created within a realm of God’s glory as well. The trees and plants were plentiful and required very little, or no labor. Adam & Eve lived in harmony with all of the animals, and the animals with each other. So, if Adam and Eve are created in glorified bodies, in an environment of glory, and they sin, what happens? Romans 3:23 says “all have sinned and fall short of the glory of God.” Adam and Eve sin, and they fall short of God’s glory. The glory of God simply departs from them, changing the environment that they were created in and their physical bodies. Now, they have good reason to be afraid. They weren’t afraid because they were naked, they were afraid because the garment of God’s glory had been removed from them and they were found to be in a foreign environment, void of the glory of God. This also can easily explain why God came down and asked “Adam, where are you?” He didn’t see them in the realm of His glory that they were created in. They were missing, not that God didn’t know where they were, but He was acknowledging that they were not where they should have been. As we all know, this moment changed everything… except the purpose of our existence. I believe that our intended purpose has remained the same from the moment that God’s breath filled Adam’s lungs.

God gives us an amazing clue to this in Genesis 1:26. He says “let us make man in our image and likeness, and let them have dominion… over all the earth.” He goes on to create them in His image and likeness. Then He blesses them and commissions them to be fruitful and to multiply, to replenish and subdue the earth. I do not believe that this was merely the announcement of God’s permission for them to mate. I don’t think that God simply meant “go have babies.” I believe that God was delegating them to increase and multiply the image and likeness of God on the earth, taking dominion over it and subduing it. I believe that this is the reason for our existence, from Adam & Eve, to Jesus, to me & you, and to the generations to come after us.

This purpose encompases worshiping our God and King and it includes preaching the gospel, and yet it is so much more than that. It is still true that we have all fallen short of God’s glory, but how glorious it is that His grace enables us to live in a realm that is outside of our human ability! We are saved by grace so that through faith, we can live by that same grace in a world that is void of the glory of God, and still bear His image & likeness! And, we are blessed by God and commissioned, like Adam and Eve, to multiply, subduing and replenishing the earth with His image. This was God’s plan, from day one, and I do not believe that He has changed His mind.